Danish container shipping company Maersk will invest approximately $1.4 billion in a greener fleet. There will be eight new vessels, which will be powered by cleanly manufactured methanol rather than petroleum-based fuel, generating annual savings in carbon dioxide emissions of around 1 million tons.

The ships will be assembled by Hyundai Heavy Industries and will be available in mid-2024. They are designed with a dual-fuel engine configuration that will operate on methanol as well as conventional low-sulfur fuel and will have a capacity of approximately 16,000 containers.

“The time to act is now if we want to solve the climate challenge of shipping. This order demonstrates that carbon-neutral solutions are available today in all container ship segments. Furthermore, this is a strong signal for producers. Demand for the green fuels of the future is emerging rapidly” said Soren Skou, CEO of Maersk.

Maritime transport represents 3% of carbon dioxide emissions of human origin, according to data from the International Maritime Organization. As a result, certain IMO regulations came into force to curb air pollution by limiting the sulfur content of marine fuel.

Read the full note on RT. 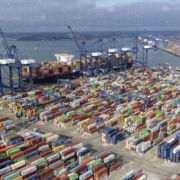 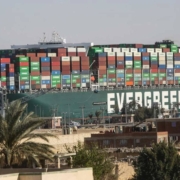 Alarms go off with mega-ships

E-Commerce and the shipping sector, the perfect combination 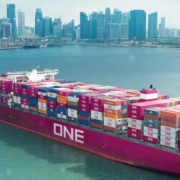